The Rubber Ducky Hacking Tool is Back 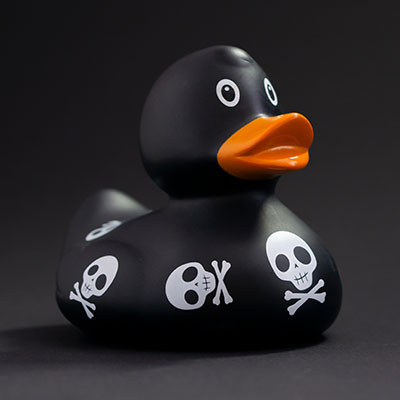 For millions of people, the rubber ducky is a benign reminder of childhood. Depending on when you were a child, the rendition of Sesame Street’s Ernie singing “Rubber Duckie, you’re the one,” is ingrained in your mind every time you hear the term. Unfortunately, the Rubber Ducky we are going to tell you about today has only fond recollection for people who are looking to breach networks they aren’t authorized to access or deliver malware payloads that are designed to cause havoc.

What is the Rubber Ducky?

The Rubber Ducky is a device that looks like a regular flash drive that you would use to transfer files from one PC to another. We’ve all used them, and with most of us moving to cloud-based platforms, they don’t seem to be as popular as they once were. Well, despite that notion, the USB flash drive industry is growing at a pretty impressive 7% year-over-year, and is currently a $7+ billion industry. That means there are a lot of USB flash drives being created every year and that means that there are millions of them just floating around.

The Rubber Ducky is more than your average USB flash drive, however. It looks like one, but when it is plugged into a computer, it is read as a simple accessory like a keyboard. This means that any defensive measure that is set up to thwart potentially dangerous data transmission is already worked around when the device gets plugged in, making it much easier for the device to work for the hacker’s end goals, whatever they are. Any keystroke taken while the device is open, is trusted, making the sky the proverbial limit when it comes to device access.

What Kind of Threat Is the Modern Rubber Ducky?

Any USB dongle needs to be carefully considered before inserting it into your computer, but the Rubber Ducky is designed to overcome the limitations of previous versions of the hardware. The new version makes a major upgrade in that it runs on the “DuckyScript” programming language that the device will use to create demands on any target machine. Other iterations of the Rubber Ducky were limited to writing what are known as “keystroke sequences”, the new DuckyScript is a feature-rich language, which lets users write functions, store variables, and use logic to make it possible to carry out complex computations.

Now the Rubber Ducky can determine which operating system is running a machine and deploy code that allows for hackers to get into the appropriate software. It can also mask automated executions by adding a delay between keystrokes to make the computing system think that it is human. Most intrusively, it can steal data from any target by encoding it in binary, giving users the ability to extract critical information (such as saved authentication) with ease.

What You Can Do

The best practice here is to not allow strange USB dongles to be placed in your device’s USB drives. Unless you know exactly where the device has come from and what is on it, avoiding interactions with it is the best way to keep away anything unsavory that happens to be on the device to interact with your computer’s OS, and by extension, your network.

Being wary of hardware is just one part of keeping your business and personal information secure. Digital Seattle can help build a cybersecurity strategy that takes into account all types of malware deployment methodology, keeping you from any problematic experiences with your IT. Give us a call today at (206) 709-9556 to learn more.

Tags:
Security Hardware Hackers
What Should be Expected from a CIO in the Coming Y...
Don’t Know Where to Start? Three Places to Spend Y...

Tip of the Week: Sharing Web Pages Between Chrome and Android
It probably isn’t hard to think of a time when you’ve stumbled across something that would be useful for work while you were doing some personal browsing. What if I told you there was an easy way to send a website to your browser to view later? Thanks to Google Chrome, this ...
Read More