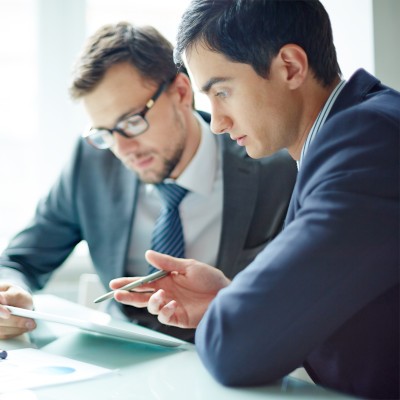 It’s imperative that you keep your IT infrastructure under control, but many organizations push it to the side. The problem is that ignoring IT often makes it so that you aren’t properly evaluating your technology infrastructure and support, meaning that you could be wasting time and resources that would be better spent elsewhere. Ask yourself the following questions to determine whether or not your IT systems are being maintained properly.

Do You Constantly Suffer from Downtime and Computer Issues?

If you feel like you can’t get anything done due to IT troubles, then you’re throwing money down the drain. Downtime is a major waste, but some of the most recognizable ones include computers that are slow or constantly breaking down, as well as employees who can’t get anything done due to computers that simply don’t work the way they’re supposed to. One of the most devastating downtime incidents--hardware failure--can lead to extended periods of wasteful downtime and large quantities of data loss. It goes without saying that having someone periodically check on IT is a necessity in the modern workplace.

Does It Feel Like Your IT is Being Actively Managed and Maintained...

...or is your current IT provider waiting for you to call them?

Imagine the frustration of getting to your office and having your computer not boot up as intended. Now imagine how much time that costs you if each of your employees encounters this problem. IT can’t always solve issues immediately, but it needs to be able to provide triage and issue support accordingly. If your IT can’t address problems with downtime and connectivity, then perhaps it’s time for a change.

If downtime isn’t treated like the problem that it is, then you’re wasting time and money waiting for issues to be addressed. 10 employees who can’t get their work done due to technology issues means that you’re paying 10 salaries for not completing tasks. This is a waste that your organization can certainly do without. If your IT people aren’t prompt with emergencies, it’s time to find some new IT people.

Can Your Employees Get Support When It’s Needed?

Employees might be worried about asking for support because they are afraid it will cost your business. A ticketing system can be used by employees who run into issues so that they can get the support needed as per your service level agreement. Once the issue has been reported, they can get back to work.

Is Your Network Fully Documented?

Each device on your network, including desktops, laptops, servers, printers, routers, access points, switches, VoIP phones, and everything else, needs to be documented. Documentation should include when the device was purchased and installed, including who installed it, the model and serial numbers, warranty information, and access information.

Is Your Data Being Backed Up?

Without your data, you can’t expect to be successful. If you can’t recover your data in the event of a disaster, your future could be placed in jeopardy. Therefore, your IT people need to take your data as seriously as you do.

Is Your IT Firm Working with You to Discuss and Review Their Own Performance?

IT is about making technology work for you, so if they aren’t doing this, then you should ask them to sit down with you and help determine their worth. It’s even better if they decide to initiate the conversation so they can learn how to best serve you. You need to have an account manager that is willing and able to help you put together a full IT roadmap and plan for the future. If they’re not there to help you get the most from your technology and get ahead of the competition, then what are you paying them for?